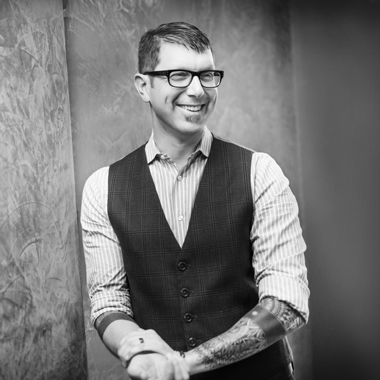 "If you can make your business something that has deep meaning in your life, I think you'll step in to do great things."

Neil Grimmer is an entrepreneur at the intersection of creativity, brand, and business strategy. Prior to founding Habit, Neil was the co-founder and CEO of Plum Organics, the number one organic baby food brand. A former punk rock musician and artist turned entrepreneur, his punk roots have served him well in a creative career that has taken him from art galleries to product design at IDEO. As Habit’s founder and CEO, his “outsider” sensibility permeated the purpose and design of the first personalized nutrition company created for anyone who wants to be their best through the transformative power of food. Under Neil’s leadership, Plum Organics became one of the first companies to reincorporate as a Public Benefit Corporation in Delaware in July 2013, reinforcing its mission to combat child hunger and conduct business responsibly. Neil also launched Plum’s social impact program The Full Effect™, dedicated to nourishing little ones in need across America.

Widely recognized as an industry game-changer, Neil has received prestigious awards including “Entrepreneur of the Year” for Ernst & Young Northern California 2013; “Most Admired CEO” in 2012 by the San Francisco Business Times; Bloomberg Businessweek’s Top 5 “America’s Most Promising Social Entrepreneurs” in 2011; and “Brand Innovator of the Year” by Brand Packaging magazine in 2010. Under Neil’s tenure, Plum was ranked #19 on Forbes’ annual list of “America’s Most Promising Companies” in 2013; ranked #63 (2012) and #77 (2011) on the Inc 500; and named “The Fastest Growing Private Company” in the Bay Area by the San Francisco Business Times in 2013.

Neil holds a BFA in Conceptual Art from California College of the Arts and a MA in Product Design from Stanford. When he’s not dreaming up game-changing ideas, you can find him with his two daughters and wife, Tana. 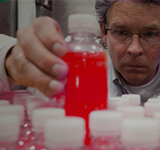 From Concept to Shelf: Rapid Innovation for CPG Businesses is an inspiring, invigorating blend of short lectures, group discussion, and guided, hands-on teamwork to speed initiatives into market-ready products. 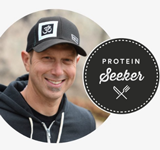 Neil Grimmer, the Founder and CEO of Habit, explains his personal health journey that led him to found Habit. 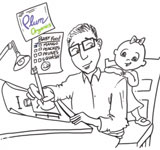 Neil Grimmer, who has led Plum Organics to become one of the fastest-growing U.S. food brands for babies, toddlers and kids, shares his insights on product development in "Passion Incorporated," the newest installment of the Kauffman Sketchbook video series.

“What made us different as a brand was that first we made it personal, the idea that it is a brand and company by parents, for parents. It’s not just about making healthier products that are ho-hum. It’s about bringing those two things together — engagement and health.”

Everyone at Plum is there because they want to bring better food to kids. We made it a mission. The kryptonite fuel for our team is based on our care and love for kids, which is like a higher-order calling. Our people are not going to work. They’re working on a mission.