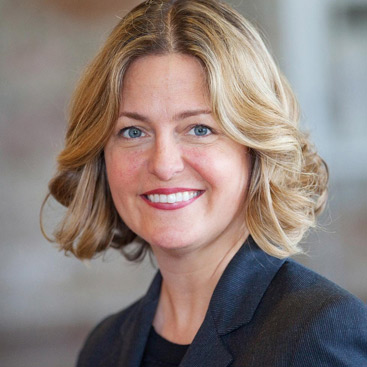 Christie Dufault has enjoyed an accomplished career as a San Francisco-based sommelier and wine educator. A valued member of the CIA wine faculty for well over a decade, she has worked as the sommelier and wine director for some of the nation’s finest restaurants.

Christie was part of a team of five sommeliers at the acclaimed RN74 in San Francisco, CA. She was also sommelier at Restaurant Vincent Guerithault in Phoenix, AZ and at The Marker at Adam’s Mark Hotel in Philadelphia, PA. In addition, she served as a guide at Butterfield & Robinson in Beaune, France, and taught yoga in the San Francisco area.

During her time as wine director at Restaurant Gary Danko in San Francisco, Christie was featured on the Food Network and earned the Grand Award from Wine Spectator magazine for her work. She was also named Best Wine Director by San Francisco Magazine in 2007 as the head sommelier at Quince. Most recently, she was honored as a Great Wine Mentor by Wine & Spirits magazine in 2021.

A Certified Wine Professional, Christie earned a master’s degree from Sonoma State University in Rohnert Park, CA and a bachelor’s from Simmons College in Boston, MA.