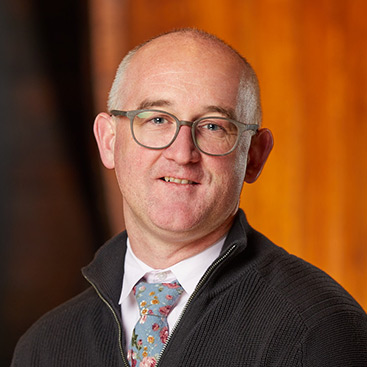 An experienced Instructor and manager with proven experience in the higher education and hospitality industries, Keith Rada joined the faculty at CIA in 2018.

Keith has had valuable hospitality management experience on both coasts. As captain at Altamarea Group in the Greater New York City area, he led and coordinated the table service team. Altamarea runs prominent New York dining rooms such as Marea, Ai Fiori, and Osteria Morini.

He also served as general manager at Waterbar and manager at Farallon, both in the San Francisco Bay Area in California. During his nearly six years at Waterbar, Keith directed a team of six managers and supervised more than 60 employees, and revenue increased by 10 to 12 percent annually. He also initiated collaborative innovations in dining room systems and enhanced employee performance management.

Keith earned a Bachelor of Arts degree from Columbia University in New York City and is a Certified Sommelier through the Court of Master Sommeliers, Americas.